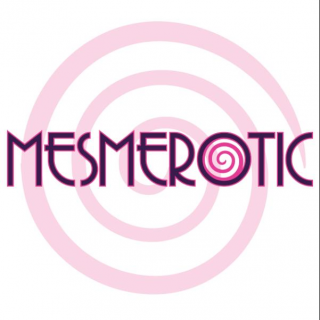 As hypnofetishists, we adore the the way a subject's face changes while in trance. And now they've got better cameras, Sinister and Trix want to capture all the tiny details as he fractionates the absolute heck out of her!

So affected is Trix by Sinister's control - he's been conditioning her for a few years now - he begins by tempting her with trance, withholding it from her, making her crave that delicious descent. Soon her eyes are fluttering, rolling, face slackening, her breathes are deepening as the trance deepens inside of her.

She smiles with pleasure as he has her repeat back "it feels so good", melting as he calls her his good girl. Repeating his words, her monotone voice just automatic, obedient: "my mind is empty", "I am so deep".

But that's only the beginning. He leads her back up, already desperate for more as Trix begs to be put back down. Her wish is granted as she's counted down into trance so quickly, following Sinister's fingers as they move back and forth with a vacant, open expression. As he drops her again, she stares with glassy eyes into the emptiness of her mind, falling deeper, before being yanked out of trance again.

So many different ways to go deep: a hypnotic hair pull, a challenge to recite the alphabet (how far do you think Trix got before dropping?), being booped on the forehead with her own finger, or just triggers like "drop" and "up", commanded again and again and again to go in and out of trance until she hardly knows which way is up! She whimpers with need as more and more trance is poured into her mind. And they both love every minute.

This is a clothed shoot, just some pure hypnokink fetish video comin' at you from the core Mes crew. Video includes negotiation and aftercare.